Opened in 2014, the Skyna Hotel Lisboa is very modern space, right in the center of Lisbon. Being a 4 star hotel, it includes excellent services for businessmen and tourists, from meeting rooms and conferences spaces. The Vícius Bar Lounge located on the 6th floor has two covered and open air areas, to enjoy a drink at any time of the year and enjoy great views over the city.

In this context, and as Skyna is the first Angolan chain to internationalize, Luz e Som was selected for the installation of all the sound of the hotel as well as the image of the conference rooms. The large experience on prestigious hotels, most of them with medium to large dimensions, and the fact that Luz e Som works almost full time in Angola made a contribution to this choice. 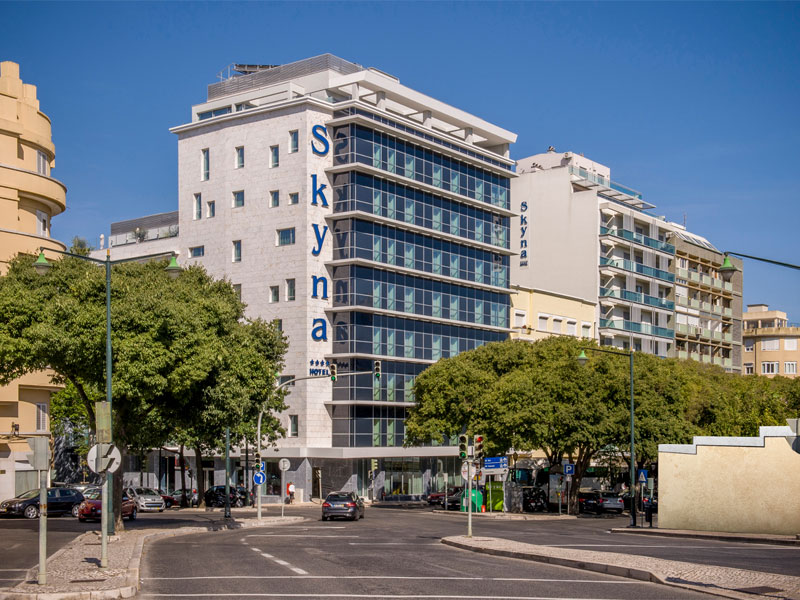 The goal was to deliver sound to the 9 floors of the hotel, including both the evacuation sound and the environment music sound. A total of 108 loudspeakers were used, distributed among public halls, lobby, bar, sleeping rooms, restaurant, and conference room.

Although usually Luz e Som works mostly with Sonance, the choice that fitted this amount with the given budget and also delivered a good performance and reliability, was the AMC brand. The AMC SP 10, AMC EVAC 6 with fire dome and AMC PC 3, were used, according to the requirements of safety and sound distribution. Still, on the conference room, where a better performance and intelligibility was required, six Sonance VP 46 were used.

For amplification Luz e Som didn't want to go through any shortcuts and chose the ultra reliable Cloud amplifiers and zone mixers. Three Cloud CXV 425 and one Cloud CXV225 were installed, and the digital mixer zoner Cloud DCM1 controlled all this, also with Crestron.

Furthermore, some Cloud CDR1 (source and level control) were placed in strategical locations, like the lobby, bar, restaurant, gym and the top floor lounge, with independent controls for interior and exterior areas. Also, three Cloud LE1 inputs were used, both on the bar, the lounge, and the gymnasium. This allows DJ's or gim teachers to input their own music source.

The conference room is independent and is controlled with a Crestron Media Presentation Controller MPC-M10 and the usual Crestron programming for electric screen and projector, lights and sound.

Multiple facilities at your hotel?

In many hotels there are even more equipments for the guest's benefit . If your hotel also has meeting rooms or auditorium be sure to consult our solutions for these valences as well as Gym and Spa or Restaurant and Bar, which will help monetize their investment.

Want to know more? Request a budget for your project: