EPAL, while planning the construction of its new headquarters in Luanda, consulted Luz e Som for the application of audio-visual systems in the auditorium of buildings. Specifications demanded lighting control, projection, sound and video conferencing system and simultaneous translation.

One of the client's objectives was facilitating to the maximum the use of the equipment by the room users, not only with the installation of various equipments such as simultaneous translation systems, sound and image, but also for control of the entire auditorium. There was also the need way to easily connect various sources of external image that could be presented on stage, both by residents and external users. 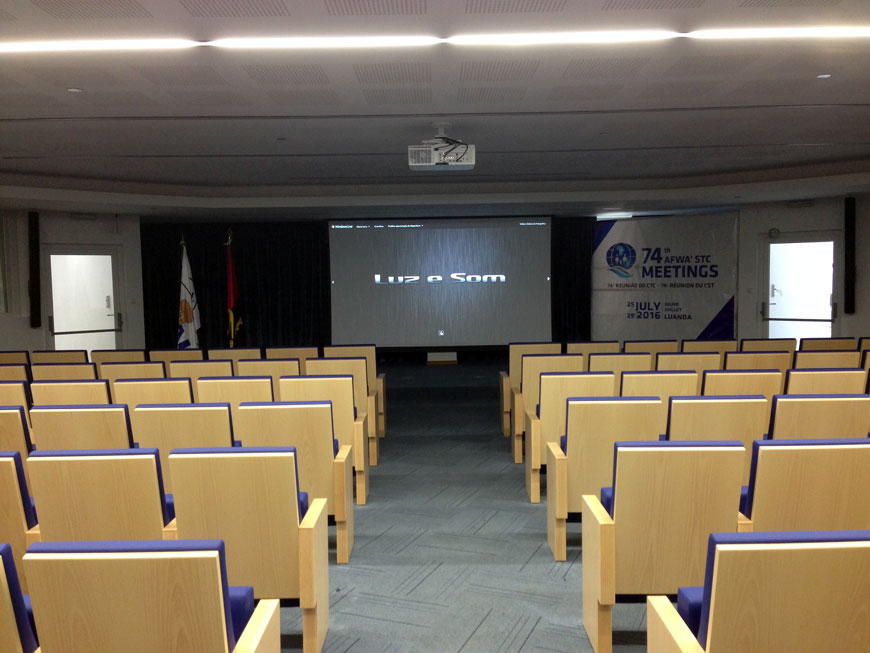 The image projection was supported by professional video projector NEC PA522U with 5200 Ansi Lumens. The projector is DLP and uses the dual lamp technology, debiting 5200 Ansi Lumens. It was directed to a tensioned screen 350 x 169 cm. It was intended to achieve not only a quality upper projection, but also low maintenance and high reliability due to less need for lamp replacement.

The sound of the auditorium was made by several passive Tannoy VLS 30 passive speakers. These are vertical columns with 30 drivers and wide dispersion, especially suitable for voice.speakers and Cloud 4x400W amplifiers. For sound processing it has been selected an audio processor Yamaha MTX5.

In the live translation system the choice was a Televic Confidea system with capacity for three interpreters. The system includes a table Chairman unit and four units of Delegates. All 130 seats are able to hear the simultaneous translation through headphones receivers.

There were also installed HDMI 8x1 and 8x1 VGA Extron switches in order to obtain a clear and efficient signal distribution.

Finally, with regard to the Videoconferencing option was for Polycom HDX 7000-720 HD. The system has an Eagle Eye III (1080) Zoom 12x camera. 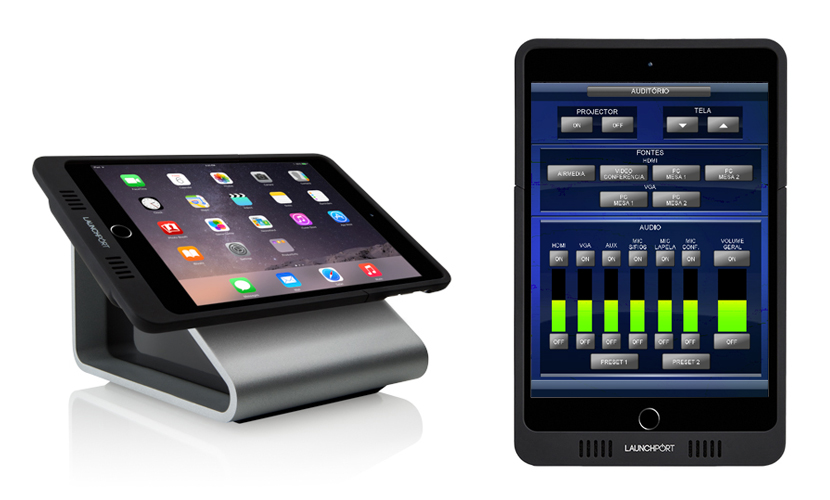 The choice for the integrated control of audio-visual systems and lighting could not be other than Crestron. The custom interface is accessed by tablet and is supported on a Crestron AV3 processor that lets you control not only the audiovisual equipment, but also the lighting, blinds and the air conditioning. The docking station has wireless charging (by induction) to ensure continuous availability of the tablet.

Also in sharing information Crestron facilitated the work: Crestron AirMedia allows quick connection and wireless of various equipment such as computers or mobile phones and iOS or Android tablets. The system, which works by IP, allows you to see on the main display multiple screens simultaneously. 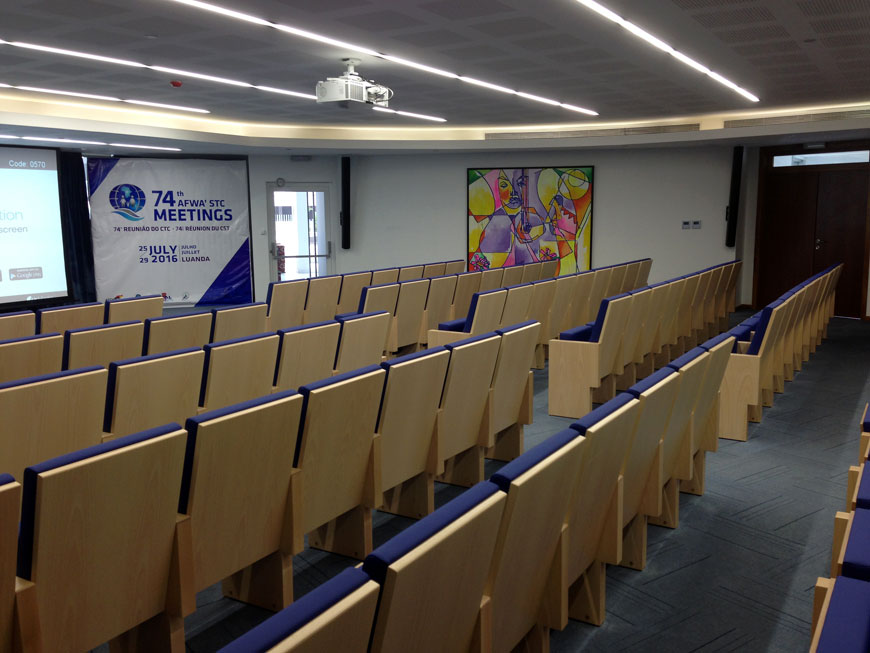 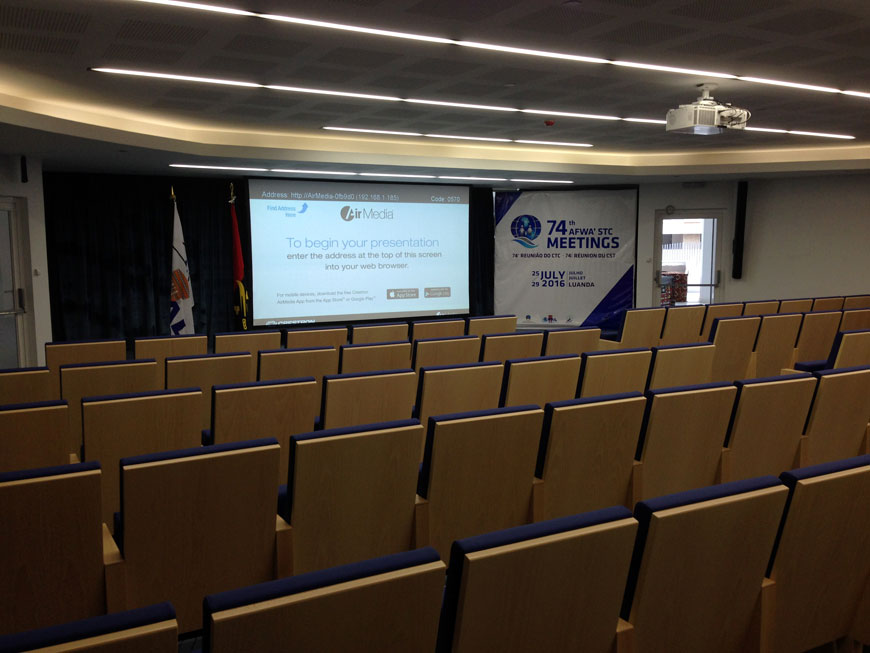 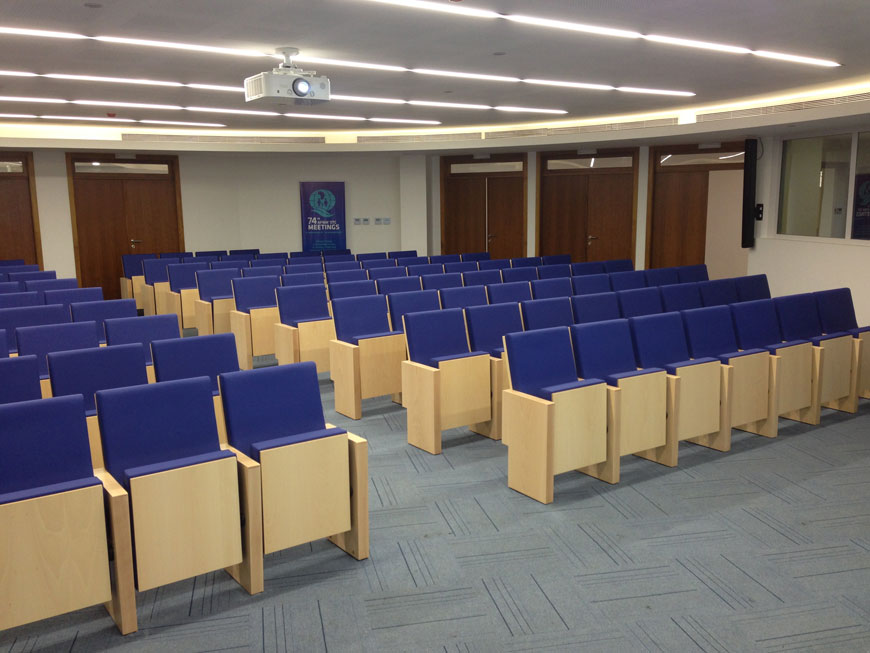 After delivery of the work to the customer, not only was assured of a high quality installation and reliability with respect to installed equipment, but were also met customer premises as: ease of use and control, and ease of connections of the various devices. The EPAL auditorium is fully operational from the beginning of 2016.